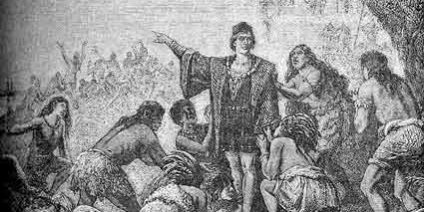 Some thoughts on eclipses

If you think the hysteria over Mercury retrograde is silly, then if you scan across websites and blogs that seek to interpret the human impact of an eclipse, you would swear that we’ve not moved on much from the Dark Ages – doom, fear and negativity. Okay, so there are more earthquakes and earth tremors recorded around the time of an eclipse (particularly lunar eclipses) and those events can be very impactful on the communities that experience the Earth shaking. And yes there are other significant physical changes on the earth during an eclipse such as crescent shadows being cast from the light filtering through leaves on trees; plant sap rising significantly; and local temperatures can drop up to 20 degrees or more near a total eclipse of the Sun. But the mistake of correlating physical with psycho-spiritual has resulted in turbulence through which eclipses are interpreted, not lest if you consider the prevailing consciousness within whom those medieval philosophers were writing their predictions.

Perhaps this stems from the intentional suppression of wisdom during the violent medieval evangelical Christian period in Europe, when any information that prompted self-knowledge was vigorously destroyed. Without the knowledge of our interconnectedness, our dream-like existence on the earth realm, our understanding of the cycles of nature, it is perfectly understandable to feel the End is Nigh, or the God is angry, when the sky inexplicably blackened, the birds stopped singing and the stars could be viewed during the day during a Solar Eclipse, or that the Moon reddened during a Lunar Eclipse. It is easy to see how the Church could interpret the darkening of the day or a blooding of the night as a time when there is a weakening of human nature, an increase of avarice and stupidity and a proliferation of both good and bad demons over the face of the Earth. Indeed, the ancient Chinese believed that solar eclipses occur when a celestial dragon devours the Sun, as the term for eclipse was “chih” which also means “to eat”. That coupled with the higher concentration of natural earth phenomena has added fuel to an un-necessary artificial fire.

But there is no doubt that the projection of patriarchal moral values onto a feminine approach to life (which astrology was part of) has left a deep impact on those that seek to interpret meaning from celestial phenomena. Those cultures that did not base themselves on hierarchical, patriarchal, fear and control based ideologies saw a solar eclipse as a time wherein a portal was opened allowing them to more freely pass between the multitudes of realms that exist within consciousness. Similarly, during a lunar eclipse it was seen as a time when there is a greater emphasis on the movement within your inner worlds, a time when we were able to talk directly and with clarity to a higher power, or to dive deeper into our interiority, since the solar eclipse marked an intensification of the unification of the Lights of the Earth and the lunar eclipse marked an increased awareness of the inner processing that quietly occurs away from the brightness of the day-light.

The symbolic power that lies behind a solar eclipse lies with the notion that a passageway leading to the gOd realm is opened and we have a more immediate ability to communicate with the Source than usual, by passing the distractions of the everyday world that may prevent stillness and focus on your relationship to Source. Furthermore the process of stepping away from the busyness of life and to take time to reflect and start afresh is given a greater emphasis at the time of a solar eclipse since the radiance of our Source energy is obscured and the focus is upon any unresolved needs that are given a portal of light through which to escape from their imprisonment within the dark of your unconscious, resurfacing so as to be released and better understood in the light of your current awareness and consciousness.

The strength of the lunar eclipse has more to do with inner illumination of, or confrontation with, powerful emotions that your sOul needs to release. Those emotions will have, however, been been worked on for at least half a year and the emotional themes of the inner patterns and scripts will be in keeping with the symbolism of the sign in which this ‘magnified’ Full occurs.

But remember that not all eclipses are the same, whether physically or spiritually. For example, regardless of whether a Solar is Total, Partial or Annular (each reduces the physical light by varying degrees), each is part of a wider family that periodically arises over a vast track of time, starting at either pole and gradually making its way to the opposite Pole over its life. Each family has its own theme and each eclipse has its own relationship to this family, as well as its own personality. Therefore it is not correct to say that what occurs during each eclipse will be the same. It would also appear that solar eclipses have a more significant connection to the cultures underneath the direct path even if the psychic energetics of that eclipse can be ‘felt’ by all.

More importantly the way in which you experience an eclipse has more to do with your relationship to any given eclipse and also the level of processing and awareness you have at the time of the eclipse. It is entirely possible that you may not be specifically ‘triggered’ by every eclipse, since that depends upon whether it forms an energetic relationship to some dimension of your Cosmic Code.

However, it is your choice as to how you view an eclipse. Our note is just our perspective based on our experience. Karen and I consciously chose to marry in the balsamic phases of the cazami Solar Eclipse in Cardinal Water on the 21st June 2001 and despite some negative prognostications, we are still going strong, within our incompatible synastry! Consciousness is always the key! But that is for another note!