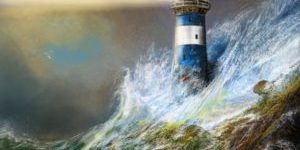 The New Moon and Solar Eclipse in Mutable Fire on the 14th of December 2020 in square to Neptune at 16:16 GMT

Some centuries ago in Japan, there lived a monk who resided in a hermitage close to a small isolated, village. An unmarried teenage woman discovered she was pregnant, causing shame on her parents, a couple central to the life blood of the village as the store owners. Her parents demanded to know who the father was. At first, the young lady would not confess. Eventually she announced that the revered Zen Master had violated his vow of celibacy and she had succumbed to his charm and kindness.

Outraged, the parents confronted the monk and were shocked in his response. Calmly he simply replied ‘Is that so?’

Disarmed, the parents returned to their home, dropping in on all the residents to let them know of the dishonesty of the monk. In time a child was born and was given to the disgraced monk. The monk raised the baby as his own.

Sometime later, the young mother, whose actions caused untold anguish and toil, confessed to her parents that the monk was not the father of the child, but a young man whom her parents deeply disapproved. She had tried to protect her lover and was worried about the judgement and condemnation of her parents.

The parents begged forgiveness from the monk, as they sought to have the child returned to their home. Although the monk loved the child as his own, he handed his son without complaint or malaise. All he said was ‘Is it so?’

We live in a world of Light and Shadow, a world wherein we are constantly called upon to find a path that mediates between the two.

The truth of both has, over time, been forgotten. Instead, they have been replaced with the notion of Day and Night, good and bad, male and female. Preference has been given to the day, relegating the night to the hinterland, in the same way that the vibrant, luminous colours are preferred over the muted, darker colours. This imbalance has made the world small by the vanity and tribulations of an ego enflamed by a hunger to be someone, to achieve something, to become something more than we are, without reflective balance, meaning and synthesis.

Yes, we live in a world full of well-intentioned individuals, who protect those they love and care for; who are trying to make something for themselves; and who are struggling to find deeper purpose to make sense of all that befalls them. But we also live in a world that increasingly is encouraged to react, as opposed to reflect; impose, instead of co-create; judge, as opposed to understand the complexities of the inner reality of another.

And complexity is the reality of the world we live within. You are not simply one person. You are a combination of so many different weaves and legacies. The patterns and scripts that you have chosen to experience are part of a familiar and cultural lineage, let alone also having a gender, biological and environmental ontology. Within you many different personalities exist – your Mind, your Heart, your Desire, your Seeker, your Guardian, your Nourisher, your Ego… All of them have their own perceptions of reality, their own scripts, their own personalities. They start with differing conscious awareness, they operate within differing realities, they grow at differing spaces and they ebb and flow at differing tempos.

And yet, we tend to view people in simple, linear terms, missing the phenomenal complex universes that exist within every living being. We live in a fast paced, reductionist, materialist world and have been primally conditioned by our very being in it. It is very hard to take the time to appreciate the complexity of why people are the way they are, why they act in certain ways and what motivates them. However, the simple truth is – we are all on a path that seeks to become more whole, less divided, less undifferentiated and less controlled by ego. 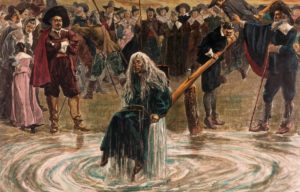 There are times when we experience being acutely judged; after all we experience being judged on an almost daily basis. Those acute moments are never easy to handle, as your essence feels violated by the accusing eyes, Chinese whispers and disappearing friends. It is natural to plead innocence, to account for yourself, to defend yourself and to keep your ‘light’ bright in the eyes of another. But having reflected whether there is truth in the slander, or what is it that you are learning from being the target of gossip, or indeed why you ‘need’ to have this experience, there are simply times when you have been simply wronged and you are being ‘tested’ not to waver from your path.

“Live, never to be ashamed, if what you do or say is published around the world. Even is what is published is not true.”

Every person will encounter a time when they are called into question. Everyone!! No-one completely live in accord to what they say they believe in. It is, therefore, during such unkind times as the mirror is held before you that you get to ‘see’ you are through the eyes of another. If you are living your truth, then you have nothing to defend, explain or justify. If not, you are then offered the opportunity to seek healing, forgiveness and to re-align with your path.

It is more disturbing, though, when you are on the receiving end of maligned comments, especially when they are unfounded and merely projections of another’s discomfort onto you. It is unfair. It is unjust. It hurts. But it also teaches us to stay firm, to hold fast to your centre, to be in your truth, to remain true to your integrity and conviction and to treat others with kindness and lOve. Truth always outs. Always.

We are living through a phenomenal period in collective evolution, one in which we are being challenged to speak forth our inner truth. Speaking forth does not mean degrade, malign, deform, slander or abuse another, whether from the anonymity of behind a screen, someone’s back or to their face. We truly do not know why another acts in the way that they do, nor what they are truly learning and gaining from their actions and reactions. We do not have to accept their actions. We do not have to continue with them in our life. And we do not need to engage with them moving forward.

The New Moon and Eclipse

The 23rd Saros 142 Solar eclipse and New Moon on the 14th of December arises in Mutable Fire. The concept of mutability means that you have an impact on another, as much as they have an impact on you. So the way in which you respond, not only tells the world a lot about you, it also intimately impacts the other.

The concept of Fire is that of Light. Nothing happens without the spark of spirit. It is the beacon that guides us home; the heat that warms our heart and desire; and the light that inspires. It is your faith, that the inner, secret fire will only consume what cannot sustain you. It is the Light that radiates in and around you.

Mutable Fire, also known as Sagittarius, is the Living Light – the light that is exchanged between you and the world around you. It is the interaction of two people’s passion; it is the exchange of two people’s spirits; and it is the sharing and witnessing of Spirit. You may not feel that your light has an impact on those in your world, but rest assured you do. Whether you are born during the Sagittarius Sun-th or not, you contain within you Sagittarius.

This New Moon offers you an opportunity to renew your relationship with the light you give and receive, even if your light is diffused through a dirty window. Your light will still shine through and you will still gleam the light of another, even if they are deeply hidden within their own Shadow.

The diffuse light has been palpable this year. Long, deep shadows have been cast widespread, making it hard to ‘see’ clearly, playing tricks with your mind and creating much doubt and confusion. It is a perfect opportunity to ‘test’ the depth of your convictions and light and to see how strong your belief in your path is.

For me, the story of the accused monk encapsulates the essence of this New Moon eclipse in square to Neptune and I truly hope that you remember to be the light you wish to see in the world.

Thank you for taking the time to read this, and all my other offerings throughout 2020. Peace to you and all those in your world.