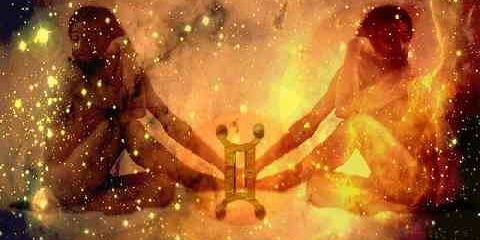 The Language of the Invisible World 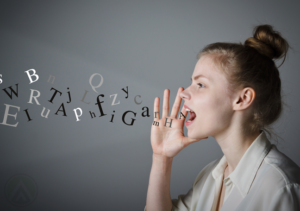 The language that we speak shapes the way we think

The Kuuk Thaayorre people in the far remote northerly peninsula of Cape York in Queensland, Australia, they do not use words like left and right opting to speak using the cardinal directions instead – north, south , east and west. If an insect landed on your right arm they would say there is something on your east arm, or move your cup to the north north east instead of move your cup a little towards me to your left. Consequently their sense of space and direction is more refined and better than most human cultures because direction is implicit to their world view.

Grammatical gender underpins many languages and influences the way that something is thought of. In German, the noun – the Sun – is Die Sonne, and is therefore considered feminine, whereas in Spanish it is El Sol, masculine. The Moon in German is Der Mond, Masculine, and in Spanish it is La Luna, Feminine. This has significant implications for astrologers and cosmology, let alone the language that is used in the everyday to describe the Sun.  If you ask German and Spanish speakers to describe a bridge, keeping in mind that “bridge” is grammatically feminine in German and grammatically masculine in Spanish, German speakers are more likely to use more feminine words such as beautiful or elegant, whereas Spanish speakers tend to use more  masculine words like strong or long[1]. In China there is no moving an appointment forward to another day, they merely move it up or down. In English we assign causes to, or personalise, events, something that other languages simply don’t do – he broke the vase; I broke my arm, even if you were not seized by some mad notion to intentionally go out of your way to break your arm. In Spanish you are more likely to say that the vase or arm broke. In other words, language draws attention to differing things according to what they language requires them to do.

The language that speaks through you not only points to a deeper belief system that informs us on how you truly see the world, it also reveals an underlying intention to impart information, gain insight or create a reaction. And yet, in many cultures, the language of the inner world; the language of the numinous; the language of deeply felt emotions; the language of highly charged situations, is seldom spoken. Words, at times, cannot adequately account for the complex depth of your multi-dimensional soul, especially within a world that is becoming increasingly binary, polarised and linear. For example, many people believe that they are defined by the Sign of their Sun. Yet this merely accounts for the relationship you have with your masculine light. It accounts not for the scripts and patterns of your Feminine Light, your Mind-consciousness, your heart-consciousness, your desire-consciousness etc. describing only your relationship to the masculine world and how you are ‘in’ the world, as opposed to how you feel about your world. Each of those consciousnesses (and more) exist within you, each with their own perception of your reality, each with their own scripts, each with their own purpose, each with their own world. And yes, many of those worlds overlap and may even have similar visions, but they differ. It is, therefore, impossible to truly answer a simple question – how are you, since you have to pinpoint what ‘you’ are you referring to!! After all, it is highly probable that despite feeling a lot of emotional pain, your spirit is strong and healthy, even if your physicality is going through it at the moment! 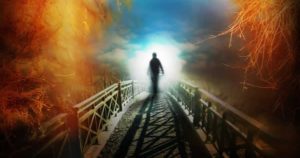 And so, many people have within them these massive inner worlds, kept safe from the world, because they do not have the language to account for that world’s complexity; because their language fails to account for deep emotions; because their culture has not sufficiently matured in a vertical manner, opting to separate the masculine and feminine, favouring one over the other; because they feel vulnerable, weak, less of a person to use the emotive language of pain, of confusion, of uncertainty, of chaos and of sOul. It is those inner worlds that have been rising forth, breaking through the carefully crafted and cultivated veneer of civilised language.

And yet, can you talk openly with someone about it?

If not, perhaps it is time to ask yourself why not? After all, we may have differing scripts, patterns, word views and perceptions but we are made of the same stuff; we all contain the same vibrational modalities; we have a desire for intimacy, for community, for fellowship; we have inner worlds that need to be shared; and we all have experienced dark emotions that need to be brought to light.

Okay the inner world may not make for superficial conversation, but as being human, we need, nay we long for that depth. And as you share your inner stories, it illuminates our own inner world, prompting us to truly understand that we are not isolated or alone. In essence, people are essentially kind and lOving. Anxiety may distract; pain may numb; the pursuit of money may colonise; the fear of ‘getting’ it wrong may disarm but in the darkest times, people always step up, reach out and show up, even if their own pain screams like a screech owl, they put down their own beds and walk strong and firm in silent support. Why? Because we all have an inner, largely unexpressed, world that needs to be let out; we all live within an invisible world that is felt and experienced, not viewed or recorded; and we all know that what is invisible is important and needs to be aired.

In astrology, the dialogue between the unseen and the seen is called Gemini. Yes, surprising as it maybe, this massively misunderstood sign is not simply about data accumulation, being a workshop junkie, engaging in bland conversation that arises from a tabloid newspaper or having the memory retention of a goldfish. Gemini truly accounts for the conversation that exists between the invisible and visible worlds.

Where Gemini is located within your birth chart or more importantly, the planets, midpoint structures, or other astrological factors that reside within this sign, describe your relationship to this two way conversation. Granted there exists those whose Path is to walk this way in a more conscious manner, and their level of consciousness and awareness will guide them to a level of expression that will help them actualise their overall Path, but everyone has a relationship to this sign, since it exists somewhere within you.

The lunation of June 2018 not only reflects a time to renew (or to start) your relationship between those two realms, it also brings forth much inner tension that has been contained within, unable to find expression and may have hardened your heart, leading you to thinking unkindly towards yourself and creating much reactive tension in your relationships.  What you are being called to question in the days leading up to the 13th June is why do you think the way that you do? What is the deeper intention behind the way you frame things in your conversation? Do you openly discuss the two worlds you live within – the seen and unseen? Do you openly talk about the inner tension, the frustrations, the disappointment, the anger, the pain, the complex ancestral weave that you have moved through? Do you hold back your truth, yet can you still see it arise within the intention underlying the way your construct your sentences, your questioning, your dialogue? Do you see how deeply conditioned by your family, your culture, your language you are? Do you freely communicate your inner world, your inner reality and your inner perception, regardless of whether others will accept the extent of this private place? Moreover, do you freely communicate your inner world without judgement, without expectation, without censorship and without anxiety, keeping in mind that everyone has an inner world that language inadequately articulates.

Until the Cardinal Water lunation of July, openly express both worlds you live within.