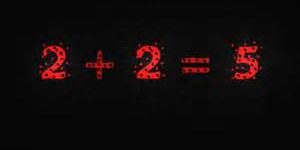 Imagine you are under a government that will not let you make your own decisions or not let you have your own life; wherein you have to be raised obeying your government and anyone, including leaders, will be ostracized, or ‘dealt-with’, if they say or even think anything else; wherein you are not allowed to decide what you want to be when you grow up; or where you cannot do things for your own enjoyment. Indoctrinated strangers, neighbours, friends, family and children are on vigilant alert for violators of these policies.

Not hard to these days?!

In the first sentence of Henry David Thoreau’s 1849 short essay entitled Civil Disobedience says that “I heartily accept the motto, ‘That government is best which governs least;’ and I should like to see it acted up to more rapidly and systematically.”

Moreover, the following sentence contains the phrase, “That government is best that governs not at all.”

Later in the paper he says that, “the government is, at best, but an expedient,”. In other words, most governments should only exist to get the state or nation to its place in society. Then it is supposed to stop and the government not govern.

As we move through the initial stages of this redistribution of power, you truly need not only to reflect on what way you wish to govern your own world, but also on what sort of governance you are happy to live within.

Under similar energetic conditions to February 2021, Gandhi led a peaceful 241 mile march on the 12th of March 1930 against oppressive regulations that were not in the Indian people’s best interest. Eventually this led to their independence from their colonial ‘masters’.

The push back is already happening, as there is much occurring quietly beneath the cacophony of the deafening monotone narrative. How that push back occurs is up to you. Remember that one act of peaceful, firm and resolute civil disobedience, like tinder, will catch fire. In time, those who govern will have to find other ways.

With ‘2020’ vision, it appears that we have been living through a version of Orwell’s 1984. But are we ‘free’ enough to speak up and forth and create a sustained impetus to change governance and finally become a true democracy?

Meditation as Saturn and Uranus approach their square.