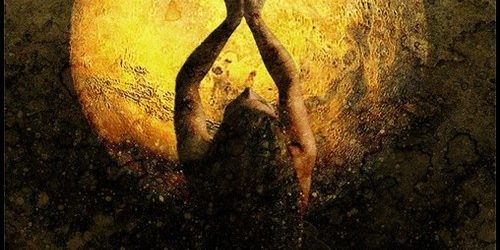 The existence of Saturn in our consciousness implies the necessity to pull from the world, yet still to participate therein. Not an easy path, as all spiritual teachers discuss from a cave/ desert/ mountain top/ under a tree, but one that has to be undertaken if we are to liberate ourselves from the illusion and veils created within this world. In and down is the nature of the growth that Saturn outlines, not out and up. And that is not easy in a world that encourages the whites, reds, yellows and oranges over the blues, greys and blacks. Lest you misunderstand this last comment, Saturn reflects a natural growth path that journeys inside in an attempt to free your sOul from that which binds you to patterns and scripts that could promote attachment and bondage. It is not a negative state, though from a Yang perspective it is threatening, since the interior world is one that has been actively discouraged, debased and belittled in the same way that those feminine qualities have been undermined for countless centuries.

Pluto, still fledgling within our collective consciousness and only in recent years becoming more consciously illuminated, seems to reflect the scripts and patterns that support our ability to undergo an internal and profound process of birth. Whether that birth is from these realms or into these realms is a highly subjective matter, yet there is something compelling and profoundly moving about the nature of the Plutonian consciousness. Its symbol looks like a sOul sitting snuggly within the womb, as the circle of Spirit, hovers inclusively within an upward facing crescent (beckon upon the ether to incarnate), drawn into the physical realm of matter thought the cross. Much has been made of its Yang Grecian mythology, yet there is something profoundly feminine about this dimension of consciousness, and as Pluto moves through its full Moon state, a stage of illumination from its conscious rediscovery in 1930, we are starting to reappraise the meaning of Pluto, something that may take a full orbital cycle around the Sun to truly reveal. Is Pluto truly about death and destruction or is it about something far deeper and more subtle in terms of the strength and depth of ‘kundalini’ earth/ feminine energy that is awakening? 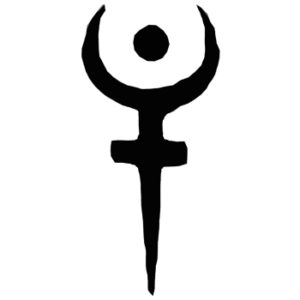 Learning how to harness and channel this instinctive and instinctual energy is something that I believe the alignment of Saturn and Pluto in Capricorn is about, even if its past historical connotations (all before Pluto’s rediscovery, implying that we were not in a place in our collective consciousness to consciously embody Pluto’s consciousness) have suggested profound epochal redistributions of power that have led us to create new conditions of being and reality.

Are we mature enough as individuals or as a collective to move away from control and management of power towards a true embodiment and liberation of libidinal/ creational energies? If so, I believe it will be through women that this process will be most keenly demonstrated. After all, look at the massive shift in consciousness that the feminine has been moving through over the past thirty years, as woman have started to ‘find’ their voices (Cardinal Air) and no longer give permission to be suppressed, controlled or reduced down to their biological potential. That so many hetro-sexual women cannot find an equal male partner, who can engage with them at all levels and not just on a couple of levels, is a striking feature of the last thirty years. Doing, achieving, becoming and conquering to name but a few, are ideals of the masculine as is the obsession with the physical and exteriority, qualities that the empowered feminine has no interest in, qualities that have been projected on to our Earth in a manner mirroring what the Masculine has done to the Feminine.

So as the foundations of our ‘masculine’-built world naturally crumble and as we continue to prepare for those new conditions of being to arise in concert with our conscious choices, many have felt (over the past number of years) the need to pull from the illusion of power and success and to dive inwards to heal all that binds us to a smaller, limited version of ourselves. That healing has had personal, familial and collective implications as the feminine no longer seeks to be subdued and diminished and as she Rises so as to be seen as an Equal, we have seen many structures falter, despite the backlash of neo-fascism, corporate colonialism and sociopathic greed.

Astrology merely reflects the ongoing growth within our personal and collective consciousness, the manner in which any given ‘aspect’ manifests is reflected in the level of awareness that we have as individuals and as a collective, as we co-create with consciousness, as opposed being dictated to by some form of celestial determinism. Yes, the alignment of Saturn and Pluto in Capricorn has not arisen since 1518 and won’t arise again until 2754, even if Saturn and Pluto dance together over a 33-37 year period. Yes, that has profound implications for the way in which we create reality (Cardinal Earth or Capricorn). But look around at the evidence over the past three and a half years of the deconstruction/ empowerment process of the feminine, as she has connected more deeply to her libidinal energies and channelled that profound birthing process into Her emergence. For me, this time holds such constructive potentiality and it is so exciting to see the ‘behind-the-scenes’ movements in gender, woman’s circles, co-housing, ecology, agri, alt-fuel, alt-commerce emerging unbidden by the media. hOpe reigns in my household for this time and I hOpe it does in your world too. Here is to YOUR co-creation of these new conditions of Being, formally starting on the 12th January.