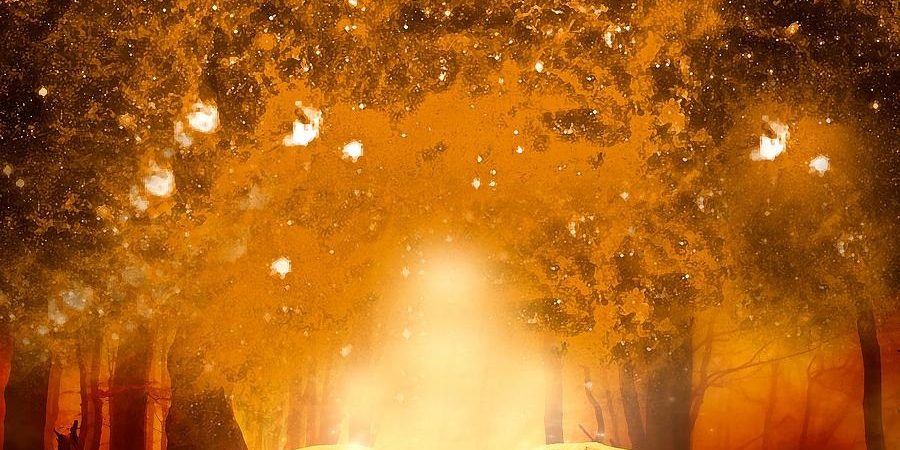 The wheel perpetually turns, spinning round and round like a record on a turntable, ever playing the same tune, ever repeating the same lyrics, even if the hands that hover appear to belong to a different body, burrowing deep into your mind, hypnotically entraining you to move to the beat of a background drum, fading all to grey, washing away the individualism into the silent sound.

Weary now; weary to your bones; weary of the monotony and the entrapment of a life that is stuck to the illusion of time; weary of the encouragement not to trust your creative instincts and that mantra that you cannot make a sustainable living from what you lOve. Somewhere deep within you know that you can and that fuels your imagination, vividly colouring your world, exciting your sOul and kindling the fire at the root of your spine.

You know that you no longer want to be but a shadow of the spirit that you are and you know that there is enough for everyone, but yet that sanitised sound is ever distracting, just as that blue light dulls the memory of you. It feels like a battle just to be. It feels like running up a hill, heart torn asunder, beating fast as you try to alight this road to nowhere.

From somewhere deep within, you sense a light that draws you in, a light that will eventually draw you through and out. You know that this light connects you to a vast awareness, and that awareness permeates everyone and everything, even if it is a light that cannot be seen through the lens of two. You also know that two is an illusion, and yet it remains a powerful weapon to keep you separate. And from the depths of your being, you know that the singularity of the invisible eye is a reminder of the power of unity and that to gain access to this realm, you need to close both to open one.

Yet the Fall has gradually calcified the entrance, as layer upon layer of ‘stuff’ is placed before you, encouraging you to either live from a state of regressive depression or a progressive state of anxiety, the contrasting duality of locations that leads you away from the present, the now, the one.

And as the wheel turns again, something feels subtly different. Perhaps it is dawn of the approaching liminal light? Maybe it is the expansion of consciousness, mirrored externally by the awareness of further cosmic categories? It could be the healing intention of so many that is uplifting Spirit from its physical confines? Or possibly it is the thinnest of the Veil between worlds and realms, that always shows itself at times of true need. But one thing is for sure, the soul battle that is occurring within and without is because 2 is becoming 1. 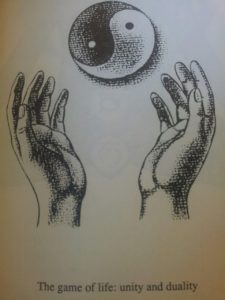 Let me ask you to reflect on how deep the message of division lies? There are countless examples on a daily basis that serve to split and isolate you from yourself and from others. And yet, something tells you that this is no longer the way. It may never have been the path, even if there are those within this world whose better interests are served by encouraging the externalising of loci upon things that you can control. This has been going on for millennia and appears to be a theme of the Dark Age of humanity, an Age that we are moving out from within.

Astrologers have been aware of this for such a long time as the message of the presence of the planetary Beings has been reduced to not only irrelevant material spheroids but the encouragement of causality has given rise to the language of self-abdication of responsibility, opening up a dualistic pathway. It is not sufficient enough to external blame onto another for the disharmony of your life, it was also Saturn’s pernicious influence that caused you to feel depressed.

This reality has fundamentally changed on the 1st of November 1977, as a conscious bridge re-connecting our physical being to our ethereal essence became visible, implying that consciousness could more readily and tangible forge a living relationship with the deeper forces that make up our everyday world. That bridge has enabled more and more people to not only become conscious of the dream of this world, but also of the importance of the dreamscape and the reality of our unified being. The proliferation of healing modalities, each offering their own unique way of unifying the fractured psyche, has subtly had an impact on our world soul – as more and more seek unification and peace within, the external world seeks to mirror the profound shifts that have occurred internally but those who have sought to liberate themselves from the rhythm of the ancestral lines and from the division of dualism.

Just in case that what is being written is mistaken for a shout out to transhumanism – a movement away from the concept of gender, so encouraged by sci-fi and media. No. This is merely a meditation on exhaustion observed by a great many that the same tune is being played out, a tune out of sync with the reality of where we are as a collective.

This is also one of the reasons behind the redistribution of power, as we move towards a circle from millennia beneath a triangle or pyramid. Inclusive and acknowledged, as opposed to exclusive and dismissed, this stage of human evolution is not about us and them. Nor is it about good and evil; light and dark. That is the former path. The emerging path, once trodden by civilisations no longer extant, can only be accessed by a connection to the source of Light, made possible by the bridge that exists through the eye that is turned inwards, a bridge now conscious and possible to cross.

But you will need to shut the two to open the one, but one message of the Cardinal Fire New Moon on the 1st of April at 7:24 am BST. 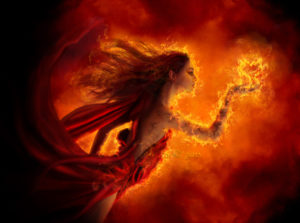 Remember that within you there exists an ever radiant flame, burning with a ferocious hunger, completely focused on lighting the way and oblivious to what is going on in the world. As that light flickers, the colours are more luminous, illuminating a place where marvels never cease, where miracles and magic abound and where fascination and enthusiasm breed creation.

This place is called Aries, a place within you wherein Spirit remains embryonic and wherein you can live without complexity, in simple honesty and awe. It is a place where you can be truly free to be you, where you can exist in the present, in this immediate moment of time, a place called the Now.

This consciousness landscape is a place imbued with presence and where your mind steps out of the way and lets your soul shine through. It is a world of pure being, when you are being you, from the core. Another name it goes by is authenticity and it refers to that locale where you are truly connected in spirit from Source or Origin. It is the raw, naked, unhindered expression of beingness of your soul; a quality of being; the ‘You’ as expressed directly from the source.

Maintaining this singular focus, or conviction, is not easy, even for those born with an initiate sense of direct and honest expression. Regardless of whether your Path is one to actively experience this dimension, it is one of the twelve spiritual paths that exist within you. This path, known as the path of Initiatory Spirit, is simply is a path that pronounces a willingness to courageously bear the light and express love without any awareness of ‘other’. It is a path of pure imagination; of the Now, fuelled by enthusiasm, wonder and joy, and a path that is continually in an act of creation.

The deeper you look through the eye that sees this singular light, the more schooled your eyes become to see this light in everyone and everything you encounter. The more practised you become with seeing oneness, the more less inclined you become to engage in behaviour that isolated, judges or fears another. The clearer the embodiment of that Light, the more the world around you morphs to mirror that which you are. The truer you are to your truth, the stronger the belief you have to be you and to live in accord with your vision and Light.

And it is possible. Just look at any young child in your life and see how they view the world, and how they live without any awareness of creed, skin tone, gender or ethnicity; how they simply are; how they do not understand why the impossible is not possible. And why  not?

If there exists those who are using the cosmological rhythms to sync their dream, drawing the world into that vision, then it is possible for you to do the same. The profound alignment of the 12th of April offers a portal to unite the soul of humanity, just as the Lights aligning with the Bridge on the 1st of April offers you an opportunity to true feel the unity of Vision.

So my prayer for you and for humanity, is that we turn from the distraction of the illusory light, to the Singular Light accessed by the Eye that can see, so that an empowered Vision fills your heart, fires up the snake and energised your being with a singular passion to create from.