The Music in the Waters Above

You are here:
All Posts 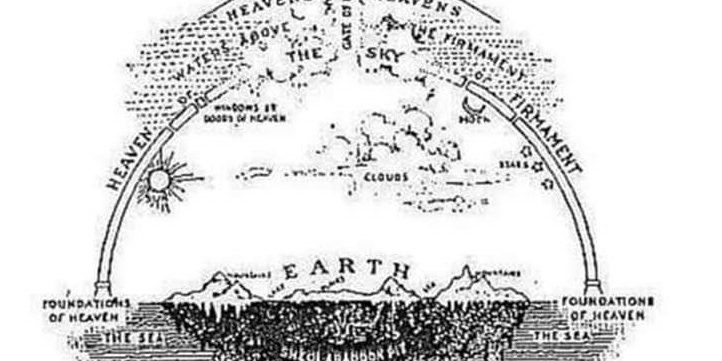 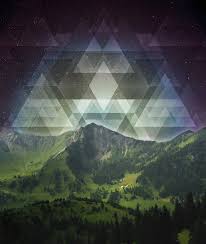 “In the darkness, something was happening. A voice and began to sing. It was very far away. And Digory found it hard to decide from what direction it was coming. Sometimes it seemed to come from all directions at once. Sometimes he almost thought it was coming out of the earth beneath them. Its lower notes were deep enough to be the voice of the earth herself. There were no words. There was hardly even a tune. But it was beyond comparison, the most beautiful noise he had ever heard. It was so beautiful he could hardly bear it…

Then two wonders happened at the same moment. One was that the voice was suddenly joined by the other voices, more voices than you could possibly count. They were in harmony with it, but far higher up the scale, cold tingling silvery voices. The second wonder was the blackness overhead all at once was the blazing with stars. It didn’t come out gently one by one, as they do on a summer’s evening. One moment there had been nothing but darkness; next moment thousand, thousand points of Light leaped out – single stars, constellations and planets brighter and bigger than any in our world. There were no clouds. The new stars and the new voices began at the same time. If you had seen and heard it, as Digory had, you would have felt quite certain that it was the stars themselves which were singing and that it was the first voice the deep one, which had made them appear and made them sing…

And the voice on the earth was no louder and more triumphant, but the voices in the sky after singing loudly with it for a time began to get faint. No something else was happening.

Far away, and down near the horizon, the sky began to turn grey. A light wind, very fresh, began to stir. The sky in that one place grew slowly and steadily paler. You could see shapes have healed standing up dark against it, and all the time the voice went on singing.

There was soon light enough for them to see …

And the eastern sky changed from white to pink and from pink to gold and the voice rose and rose to all the air was shaking with us. And it just swelled the mightiest and most glorious sounded ever produced, the sun arose.

… the travellers could see for the first time what sort of place they were in. It was a valley through which a broad swift river wound its way, flowing eastwards towards the sun. South was there were mountains northwards there were lower hills, but it was a valley of mere earth, rock and water; there was not a tree not a bush, not a blade of grass to be seen. The earth was many of colours: they were fresh and hot and vivid. They made you feel excited until you saw the singer himself. Then you forgot everything else.

The Magician’s Nephew, Chapter 8, The Fight at the Lamp Post by C.S. Lewis 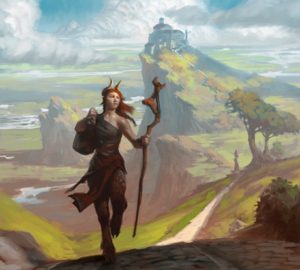 His mane-like hair still wet having recently descended out of the ocean above; syrinx pressed gently to his lips, the land stirring from its slumber as the fresh ionised air fills the wild, unpopulated mountains with beautiful, haunting Phrygian sounds; sitting serenely, yet alone, high above the tree line, a young satyr waits patiently for Nature to awaken as his flattened cadence is carried far and wide in the wind, quietly beckoning and encouraging Her to rise up.

Largely forgotten by a world no longer connected to the land, his song sounds melancholy and foreboding, rather than enticing and coaxing, descending deep into the Dark to enliven and awaken the nascent potential that lies above and below. Fittingly, he was the first ‘being’ to be met in the frozen disenchanted, fear stricken land, by a Daughter of Eve, Lucy, in the Narnia chronicles, and a mediator between two different worlds, as also symbolised by his theriomorphic appearance.

As a metaphor of the profound ability that consciousness has to bring forth creation into physical expression, the Satyr was appropriated by the Greek tradition from a creature no longer extant – the seagoat. Yes, you would be right to question whether such a creature ever existed, after all why would an animal known for its ability to climb crags mountainous cliffs have the hind legs of a fish?

It is said that above those lofty, peaky bridges lies waters above us, diving through which we are awashed of pre-incarnate memory before birthing into this world. The sea-goat therefore is a depiction of our incarnate hunger to bring forth from the fertile liminal imaginative realms, a tonal vibration that awakens our body and therefore our physical world.

The glyph of the Sign of Capricorn retains this contrast within its symbolism, as the waters above cascade into the world below – 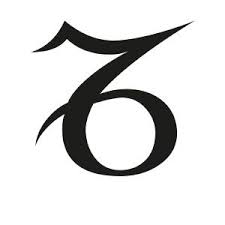 In the beginning was the Word – sound, tone, a note from heaven… This tone is one that can be experienced within but not heard. It is that sound that is ever present when we fall out of this world each night as we sleep, deeply remembered in our bodies and awakened as that profoundly enchanting experience of music. In music you feel the echoes of eternity weaving and creating from the inner most core of your being, because you are not purely a physical being, but someone who is encased by a physical sleeve.

The pipes favoured by the fauns, the Hellenistic adaptation of this ‘Enki-like’ Mas, mesmerises our consciousness, creating a dream-like amphitheatre, enabling us to consciously return to those ethereal waters, from which we are soaked in fecund images that enable us to create afresh, when we return back to earth after the sound dissipates. But do you take the time to listen to the enchanting sound that lies within, or have you been so sanitised by repetitious three chord rifts and commercial orientated lyrics that your soul no longer hears the breath of creation? 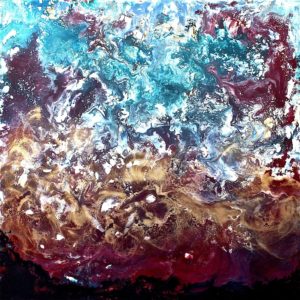 Increasingly focused on the element of Air, the mind, Nature is calling. Remember the stillness of April 2020 when the Western-Americanised world paused; the clarity and pitch of songs of the birds; the hum of the bee and the whisper of the wind; how you made a commitment to turning off a screen and walk in Nature; how Nature thrived without the busyness of commercial activity; and how enchanted you were by it all and how you made a commitment to living a simpler life, one that was full of good, organic food, fresh water and plenty of time outdoors?

That is the deeper message of the Capricorn Council of January 2020, as Gaia spoke forth. But like Uncle Andrew from the Narnia chronicles, a character who was disturbed by the ‘noise’ of nature, are you refusing to listen to the sonorous tones of the voice that is experienced but not heard? Are you taking time to connect to the fertile imagination of the ocean above us and drawing it down and into your physical being to create your own reality, just as the Capricorn figurine of the Satyr does?

In the calm within the storm that is 2022, you will be called upon to look at the note from which you can enchant your world. As the New Moon of January 2nd echoes the story of the 12th of January 2020 redistribution of power synod, reflecting on whether your body is consonant or dissonant with Nature’s song is something I feel is of key importance. In other words, are you living in sync with your body’s rhythm and with Nature herself, or are you trusting in an external agency for your health and wellbeing, as would appear to be the encouragement of others attempting to steer the direction of this epochal redistribution of power? Are you forgetting your sea-goat, or satyr nature? Are you in touch with the Cardinal Earth, or Capricorn, within you?

The time is now to re-animate this forlorn being within you.

Happy start to the calendar year 2022 to you and those you love and here is to the creation of new conditions of being that better serve your overall health and well-being in a conscious and purposeful manner. After all what is within will be reflected in the without.

The Space Between The Waves
January 29, 2022
Latest Posts
Archives
Go to Top