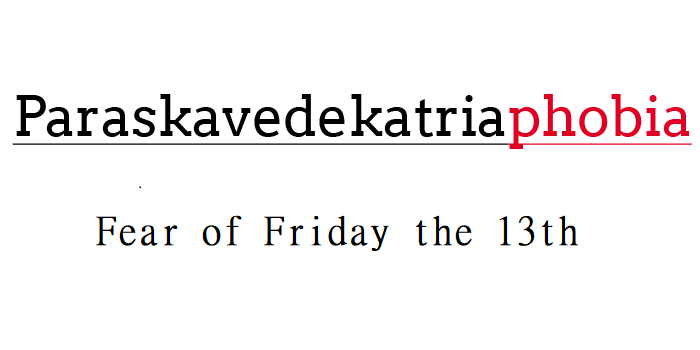 Did you know that many ships, including cruise liners have omitted having a 13th deck? The decks are numbered up to 12 and skip straight to number 14. Many hotels, buildings and elevator manufacturers have also avoided using the number 13 for rooms and floors. In Ireland car dealers decided not to have a ‘13’ registration plate in 2013, opting to split the registration year into 2 – 131 and 132 – instead!

From the Greek, Triskaidekaphobia is the term used to define a fear of the number 13.

This tradition is found in many cultures and no-one is truly definitive as to the origins of it, with fingers pointing towards the deeply patriarchal Norse, Judaic and Christian traditions. Loki and Judas both arriving 13th to their dinner tables and mischievously bringing about the ruin of Balder and Jesus respectively…

However, there is much to suggest that the demonization of the ‘13’ has more to do with the suppression of the feminine than anything else. There are 13 moons in a solar year (so our months, should be called ‘sun-ths’!); on average 13 menses over the same interval, with ladies ovulating on the 13th day of her cycle.  Subsequently, in gnostic Christianity, esoteric transitions and within Hermeticism, the number 13 holds the matrix through which the Divine Feminine returns (Mary Magdalene, Mother Mary and the Shekinah). You could say that 13 is a number that transcends matter, being the first step into the transpersonal realm.

In esoteric traditions, 13 is the Alpha and Omega or the beginning and the end. It also symbolises that deeply feminine principle of decay and regeneration, or death and rebirth, and therefore denotes the process of excarnation, or ascension, into eternal life. Death is the 13th card in the Tarot and Eiwaz is the 13th rune in the Norse alphabet, linked with the balance between light and dark, death and rebirth, the Heavens and the Underworld. The reincarnation enthusiasts, the Egyptians, described 13 steps on the ladder that leads to eternity and the thirteenth step was where the soul reached the source of its self and attained spiritual completion. I am sure you have also noticed that the actual word ‘reincarnation’ has 13 letters to it!

13 is also a prime number, meaning that it is only divisible by itself and therefore is a symbol of purity, wholeness and incorruptible.

In recent years, the negativity assigned to Friday the 13th has arisen by Dan Brown’s mythologizing the date when the Knights Templar were arrest and subsequently disbanded.

Within the Bible, Eve is reputed to have offered the ‘apple’ to Adam on a Friday, and we all know that she was man’s downfall, even though Eve was not the first lady. That honour falls to Lilith. However, because she refused to lie under Adam, Adam pleaded with God to subdue her. She stood firm and god through her out of paradise and then took a rib from Adam to make a more obedient mate from his ribcage. Lilith, naturally bore a host of demons out of spite, further reinforcing the notion that the true nature of woman is dark, wilful and needs to be put in her place.

But Adam too fell to the darkness that Friday is – he was kicked out of Paradise on that day. But he also repented, died and was cremated on a Friday. So too Jesus…

Maybe it is not too surprising, therefore, to discover that Friday is the day that is associated with the planet Venus, according to astrological tradition. Venus is that part of our collective psyche that is the giver of life, bringing spirit into form and acting as a feminine creatorix. Venus is the embodiment of the feminine. (Incidentally, there are 5 Venus cycles that occur every 8 years and in that 8 years Venus goes around the Sun 13 times, something I have written and lectured on many times in recent years).

Returning to 13 for a moment, whilst we also reflect on the notion of Lilith, 13 is also a prime number. This is a number that it is only divisible by itself and therefore is a symbol of purity, wholeness and incorruptible. It is no wonder the Lilith is attributed to this number…

Coupled with 13, how much more heavenly can the feminine become on Friday the 13th, even if the term paraskevidekatriaphobia refers to a fear of Friday the 13th! It is not too surprising, therefore, that the institutions of the patriarchy have successfully instilled a fear of the number 13 as a way to disconnect humanity from this powerful divine source energy. So on this, the 13th day of November and a Friday too, here is to a return to the pre-Christian acknowledgement of the sacredness of this day, a day truly honouring the Divine Feminine.