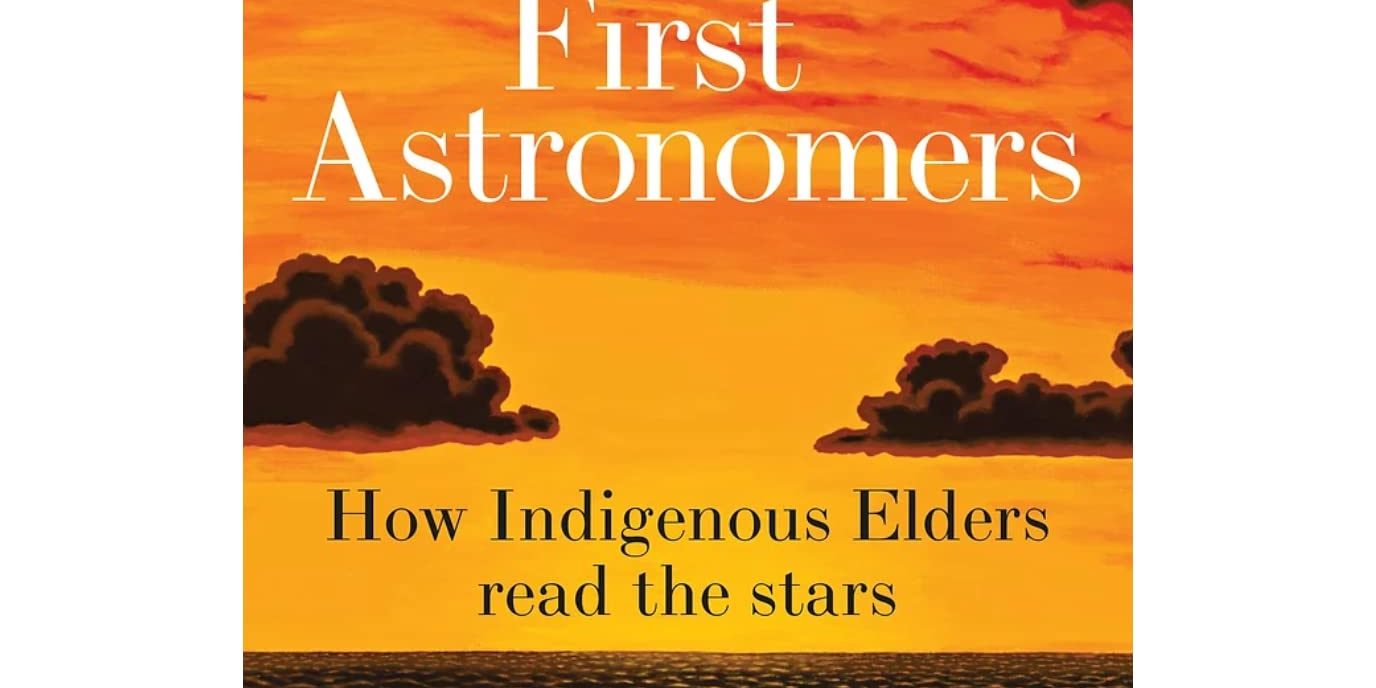 The First Astronomers: How Indigenous Elders read the Stars by Duane Hamacher

Essentially the First Astronomers is a well-researched and documented argument to open the eyes of Western academics to take seriously the extensive and intimate knowledge that Indigenous peoples have regarding star knowledge and lore.

Mr. Harmacher has spent many years actively engaged with Australian Indigenous people getting to know the multitudinous ways in which they understand the sky and how it has informed their social and cultural activities, let alone their spiritual beliefs. He focuses primarily on the rigour and analytic component of these observations, though makes a clear and distinct reference that their lore extends beyond merely practical application. Drawing parallels with numerous indigenous tribes from around Australia and the world, the book primarily focuses on the people of the Torres Strait, between Australia and New Guinea, where he has spent a significant amount of time.

There is much evidence pointing to an extensive understanding of stellar phenomenon that predates Western scientific understanding and this is, perhaps, primarily to do with the deep connection with Nature and the need to understand rhythm, pattern and cycle, and how it applies to their practical needs to plant, eat and navigate.

Throughout each chapter, Mr Harmacher collates mythological story with experiential application within any given tribe and references similarities between tribes and cultures, many of whom had no direct communication with each other. The orientation is understandably a rational one, as the book makes a case for how ‘scientific’ the wisdom has been, and he makes distinct parallels between specific astronomical theories and developments and indigenous observations and practices.

The book gives a much needed voice for the misunderstood and prejudiced First Peoples and it extensively outlines the ways in which the star lore has been used and integrated into their cultural and social world views. It is, however, written from a westerner’s perspective and not directly from the indigenous elders, which is in part understandable when you consider that much lore is transmitted orally and not via written instruction.

Each chapter accounts for a specific stellar knowledge, starting with our closest star, the Sun, and then an account of the indigenous view of the Moon and the planets. Not all planets are covered but much time is devoted to outlining less commonly known phenomena to the lay person, such as sun spots, the aurora, the lunar halo and cusps, eclipses (including the Saros cycle), the retrogradation of Venus and Mars, zodiac light, planetary conjunctions and planetary cycles.

Indigenous wisdom is strongly practical in so far as the stellar phenomena are related to the interpretation of wind, humidity, precipitation and heat changes and cycles; and much time is devoted to recounting stories that various tribes tell that are used to ‘predict’ these meteorological shifts. From an astrological perspective, this summary is called astro-meteorology, which is a branch of mundane astrology, but there is little reference to how the stars are experienced on a personal or psycho-spiritual level. Indeed, the absence of the spiritual and religious meaning of the star lore is striking, but understandable, as this wisdom is part of the holistic and deeply interconnected animistic world view of the First People. Mr Harmarcher acknowledges this omission even if the stories told hint at a deeper meaning.

Much time is devoted to accounting for the navigational purposes of the stars, as well as outlining how the stars are used to assist with navigation. Stellar phenomena, not commonly used by astrologers, are also described. This includes the presence of comets, meteors, asteroids and super nova weaving their existence into creation myths and ‘predictions’ about their meaning.

For anyone not familiar with astronomical terms, this book is well written, as each astronomical term is explained an given simply, understandable examples, and it is referenced as to how the indigenous tribes used this information to assist in their agrarian and husbandry activities.

Its scope is vast and whilst focused almost exclusively on Antipodean tribes, references to Inuit, Aztecan, Plains Native Americans, Polynesian and Egyptian cultures are made. It is fascinating to step inside the mind of these peoples who link stars in ways unknown to the Western mind and tradition, that gives a sense of their world view, even if there is no reference to the numinosity of their star lore, a facet implicit to their culture. However, I’d imagine that the reason for its absence stems from the nature of reverence and sacredness that is central to these people, and the fact that not all information is to be known, but experienced, as is hinted at by the author when he recounts occasions when gnostic wisdom is revealed.

It is a thoroughly informative read and important to acknowledge the significance of the world view of people’s commonly thought of as being illiterate and ignorant.