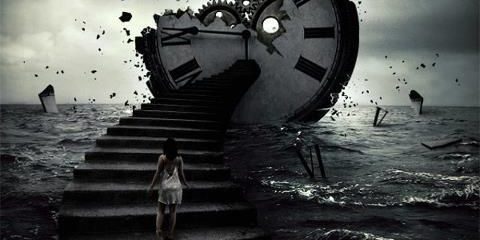 Your consciousness is made up of various differing consciousnesses, all replete with their own telos (intentional purpose), all at differing stages of their archetypal unfoldment, manifesting simultaneously at differing levels within and without in consort with your level of awareness.

The current ‘awakening’ crisis has its current roots in 1993 (2nd Feb, 20th Aug and 24th Oct), as the ‘seed’ that was planted has reached a ‘conscious’ growth phase as you/we are being ‘tested’ to see how deeply integrated, how well cultivated and how nourished that synod has been in your/ our life.

What has been emerging is, simply stated, the awakening of unity consciousness, so that you/ we can create an alternative reality to the one we have been living in since 1821 (and before that 1607BC). This is reflected in the alignment of Uranus and Neptune within the tropical sign of Cardinal Earth, or Capricorn, during 1993. From 1972/74, preparation for this awakening started, as collective consciousness entered a phase of shedding ideals no longer relevant from the 1821 conjunction, a process that intensified from 1989 to 1993. And now, some 25 on, you/ we as a collective have reached a turning point concerning how ‘aware’ we are of the message of that 1993’birth’.

The massive dissolution of the fabric of your/ our reality in a manner beyond the explanation of reductive and evidence based methodologies; the acceleration of awareness of quanta, fractal and multiverse realities within and without; the reduction of the world, through technology, into one world, yet the simultaneous ‘in-person’ isolationism; the depth of awareness of those born since 1993; the profound speed to which innovation has occurred; the re-discovering of interior technologies; the appropriate loss of concrete definition of gender, race, creed and sexuality, are all, in part a physical manifestation of this synod. There are, of course, other ways to interpret this archetypal coupling.

Yet, this ‘awakening’ has a personal relationship to you, and if you are born before 1993, check out what midpoint structures or aspectual relationship you have to 18 and 19 degrees of Cardinal Earth (or indeed the ‘house’ wherein this degree falls), as that will give you a deeper insight into what within you is specifically awakening (especially if you have a planet or other astrological point at that degree), how open you are to receiving that integration (the nature of the aspect to this degree or midpoint structure)) and how (over time) you have related to that awakening.  Look at the themes and scripts that arose during 1993 so that you can ‘better’ understand what was arising in a similar chaotic, dissolving, insightful, stretched, accelerated and profound manner (those themes are likely to be re-emerging now).

If you were born after 1993 then that seed is already embedded within you, and you are part of a ‘new’ generation of sOuls that have ‘accepted’ that unity consciousness reality and find it curious that us ‘olds’ are struggling to accept a gender/race/ethnicity/religious/economic/socially fluid world! You could ask your parents as to what was arising for them during that year, as that will have a bearing on the ethos that you have been raised within. However, your relationship to that 18-19 degrees of Cardinal Earth, will account for your personal relationship to this ‘awakening of unity consciousness’.

The octile of Uranus and Neptune that prevails from 2016-2018 is merely the ‘crisis’ of emergence of that 1993 birth. They are inexorably linked, as we as a consciousness and you as an individual are being called upon to bring forth, in a more open manner, that sOulful message.